German forces invaded Norway in April 1940. Norway surrendered after a two month struggle. The Royal family, the Government and some of the heads of the Ministry of Defence and the civil administration left for Great Britain, along with the withdrawing Allied troops. During the war the Norwegian government conducted its activities in exile.

The government-in-exile formed the Norwegian Army Brigade which was stationed in Scotland and deployed as part of defence forces. From 1940 until the end of the war, seven thousand Norwegian men and women served in the Norwegian Brigade in Scotland. 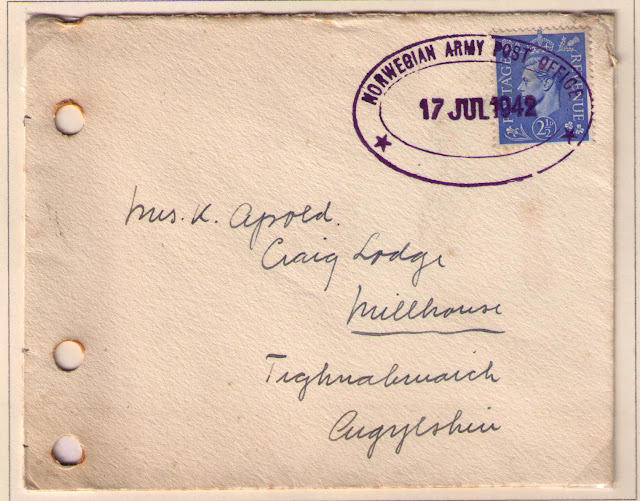 The above cover, mailed from a Norwegian Army Post Office, was addressed to Tignabruauch, Scotland. 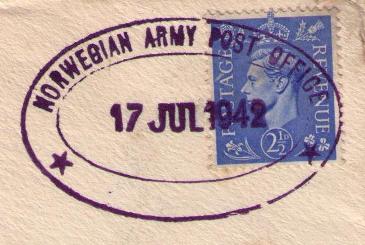 This post looks at the conveyance of mail to Malta from Great Britain during the 1940-1943 period when Malta was under siege.

Malta was a British Colony in the centre of the Mediterranean Sea, south of Sicily. Malta was of strategic importance to the Allies, both as the only British-held harbour between Gibraltar and Alexandria, Egypt, and as a base for air and submarine operations against Axis convoys supplying North Africa.

Italy and Germany lay siege to the island by blockade, starving its military and civilian population of essential supplies, and mounting a relentless bombing campaign which began in June 1940 and continued until 1943. In March and April, 1942 alone, more bombs were dropped on Malta than fell on London during the entire Blitz.

Mail during the Siege

Mails were handled by the civil Post Office and incoming and outgoing correspondence was shipped by any available means, convoy, aircraft, or submarine.

During the siege small adhesive labels, the size of an air mail etiquette, bearing a green diagonal cross were distributed to military personnel and civilians in Malta.

The labels were to be enclosed in letters to their correspondents in Great Britain. Replies carrying this label were given priority conveyance, either by submarine or aircraft at surface rates. 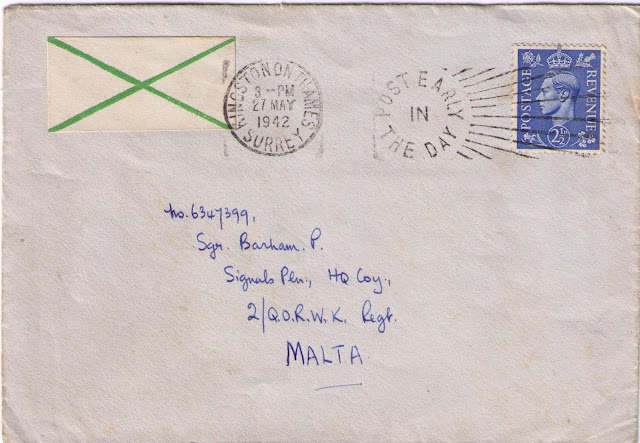 Kingston-on-Thames to Malta, May 27, 1942
Green Cross label tied by machine cancellation
Received June 20, 1942 (pencil notation on back of envelope)

The George Cross was awarded to the island of Malta  by King George VI in  a letter dated 15 April 1942 to the island's Governor Lieutenant-General Sir William Dobbie,  so as to "bear witness to the heroism and devotion of its people" during the great siege it underwent in the early parts of World War II. 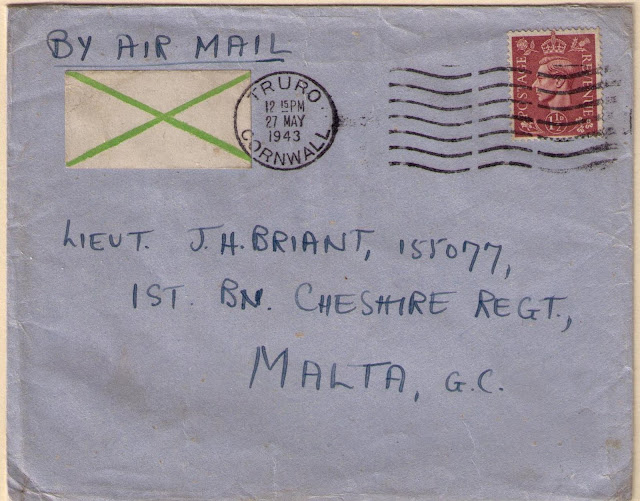