Norway, a neutral nation, was invaded by Germany on April 9, 1940. King Haakon and the Norwegian Government escaped to England. At the time of the invasion Norway had the fourth largest merchant marine fleet in the world. The Norwegian authorities in exile in London established The Norwegian Shipping and Trade Mission ("Nortraship") in order to control the Norwegian ships outside Norwegian waters.

Nortraship vessels took part in the evacuation of Dunkirk and the Normandy Landings. Essential supplies from the USA to Britain and the USSR were transported by Norwegian ships. At the end of the war, Nortrahip was disbanded and the vessels returned to their owners.

The cover below was sent from Nortraship headquarters in London to its outstation in Buenos Aires, Argentina. 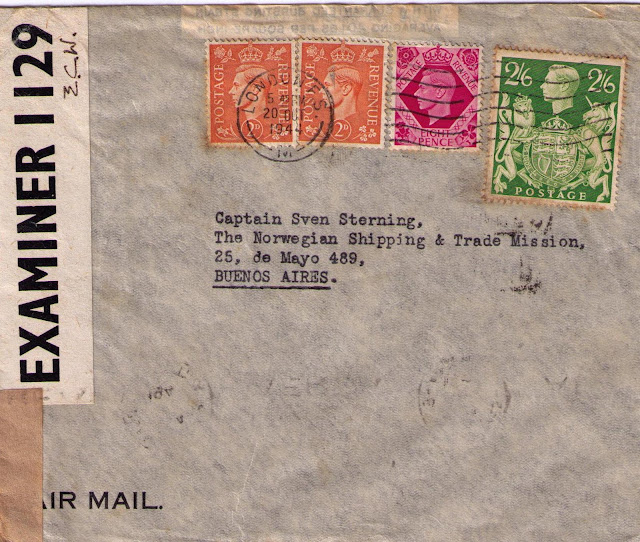 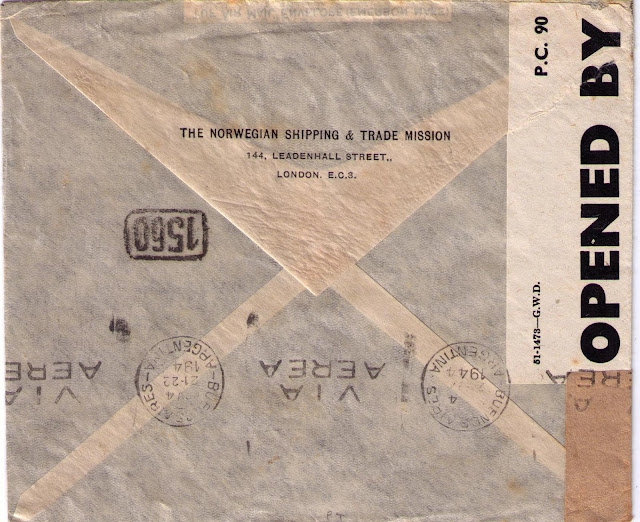 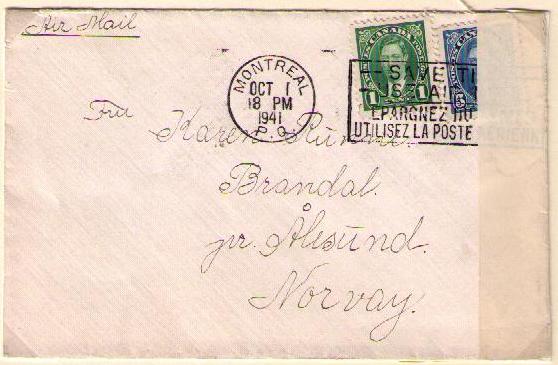 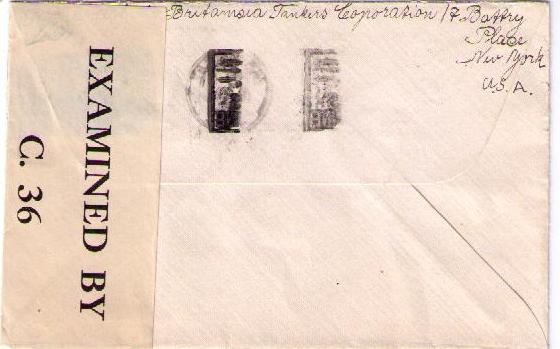 Since Norway had been occupied by Germany since 1940 and there was no mail service from Canada to Norway, the delivery to Norway was effected through an undercover address network. 
The voyage record of the M/T Britamsea has been posted online. The record for October 1941, when P. Brandal mailed his letter is shown below:

Posted by philcovex at 9:04 AM