In August 1847, Queen Victoria and Prince Albert holidayed in the West Highlands of Scotland. On their way to the Highlands, the Royal couple sailed on a barge from Ardrishaig on Loch Fyne to Crinan on Loch Linnhe via the 9 mile long Crinan Canal. 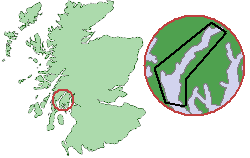 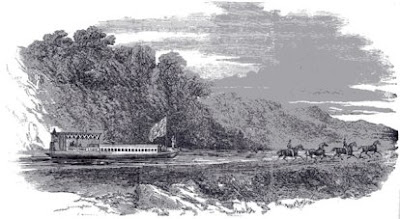 The Royal Barge Sunbeam towed on the Crinan Canal

Queen Victory was greeted at Ardrishaig pier with a floral arch with the words "Queen of Highland Hearts Welcome". The Royal party was taken through the village and boarded the Royal Barge Sunbeam for the two hour passage. At Crinan, the Queen boarded the Royal Yacht Victoria.

The Argyllshire Advertiser reported: "It was a beautiful morning when the Royal party came through-regular Queen's weather. When the Royal barge turned the first corner a throng of thousands saw it towed by six gaily caparisoned horses. Their riders, proud men ever after, were conspicuous in velvet caps, scarlet coats and white corduroy breeches, a dress in which they were allowed to disport themselves all season."

David MacBrayne Ltd. , a Scottish steamer company formed in 1851, called its main service from Glasgow to Inverness " The Royal Route", following Queen Vicotria's patronage, because it included passage through the Crinan Canal which had been traversed by Queen Victoria and Prince Albert in 1847.

The service was still called "The Royal Route" in 1937 when the cover below was mailed. 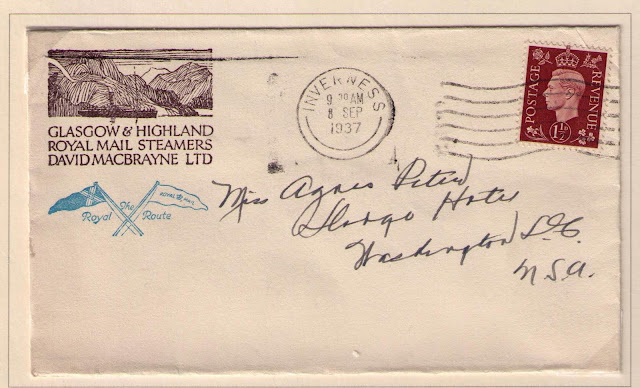 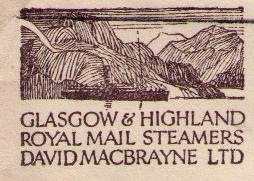 Posted by philcovex at 6:09 AM