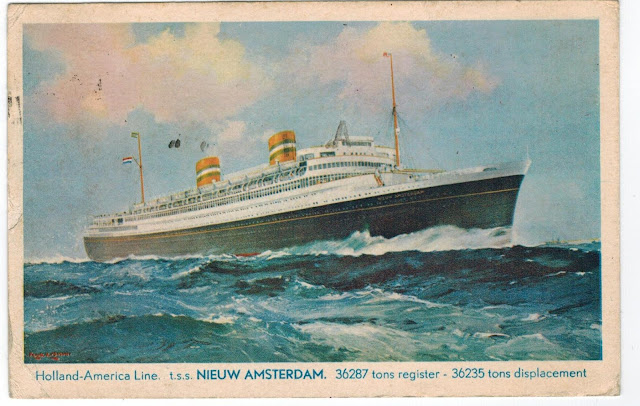 The handling of international ship mail during the George VI definitive period (1937-1953) was governed by the Universal Postal Convention:

Prepayment of correspondence on board ships

This post show covers franked with the George VI definitives from several ports of call, many of which feature "PAQUEBOT" markings.

[Readers interested in Paquebot cancellations will find the Paquebot.Info site to be an excellent source of information]

Posted by philcovex at 5:25 PM