The task of UNRRA was to assist its member governments in giving relief to the victims of war, in assisting them in the rehabilitation of their agriculture and industries, and in returning to their homes those who had been displaced. 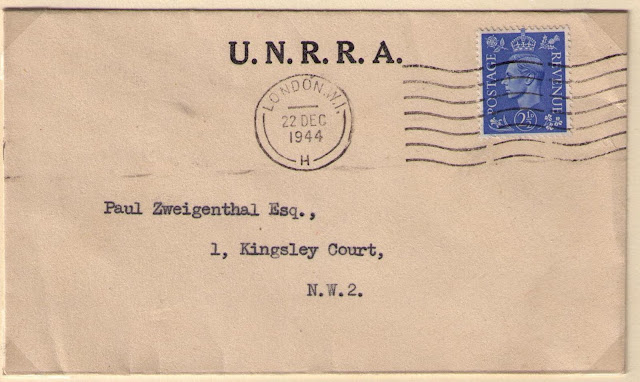 In 1944, when the UNRRA cover shown above was mailed, UNRRA teams had begun rehabilitating refugees and displaced persons in camps all over the Mediterranean, Africa, the Middle East, and Italy.

The UNRRA became part of the United Nations Organization in 1945 and was especially active in 1945 and 1946, and largely shut down operations in 1947.
Posted by philcovex at 7:43 PM