The favour postmarks obtained at the Kirkcaldy post office on September 20, 1938, shown in this article, provide an excellent reference for the various charge, instructional and explanatory marks in use during the pre-war George VI period. Over two dozen marks were applied to three index cards: 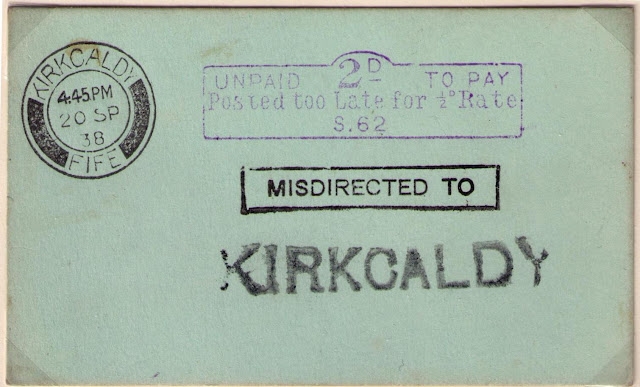 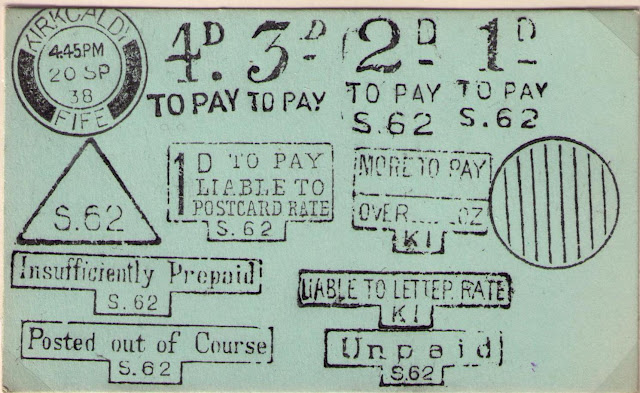 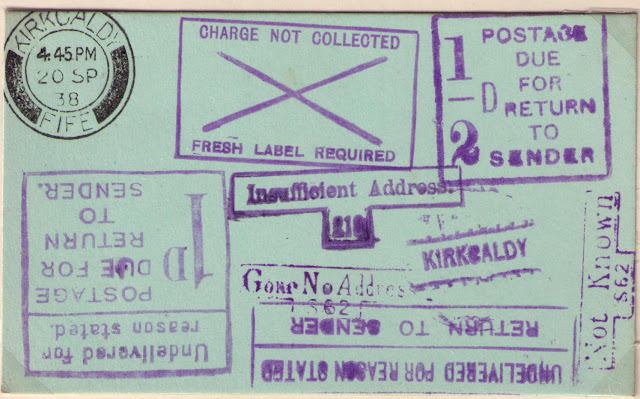 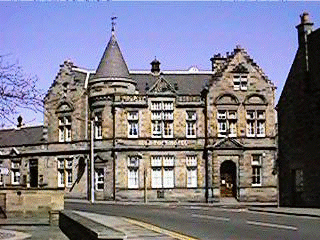 The Scottish baronial style Kirkcaldy Post Office building, constructed between 1900 and 1902, is now a pub and eating place. The post offfice was one of the first buildings in Scotland to have the initials and coat of arms of King Edward VII, then monarch of United Kingdom.
Posted by philcovex at 8:15 AM