The prepaid rate of postage for letters to Canada was 1 1/2d. for the first ounce and 1d. for each additional ounce. 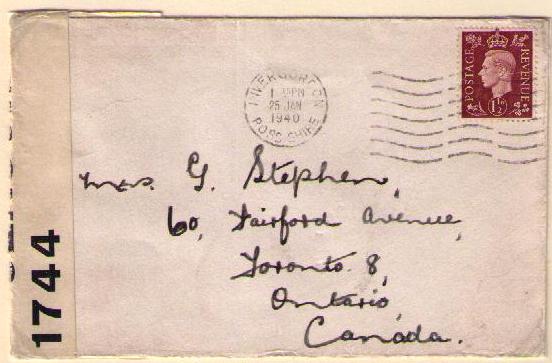 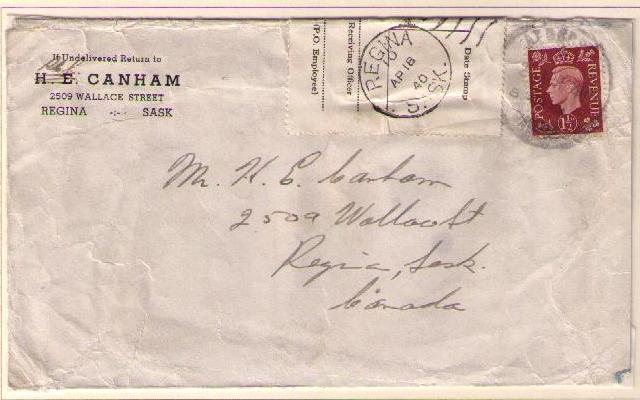 The prepaid rate of postage for letters to Canada was increased to 2 1/2d. for the first ounce and 1d. for each additional ounce. 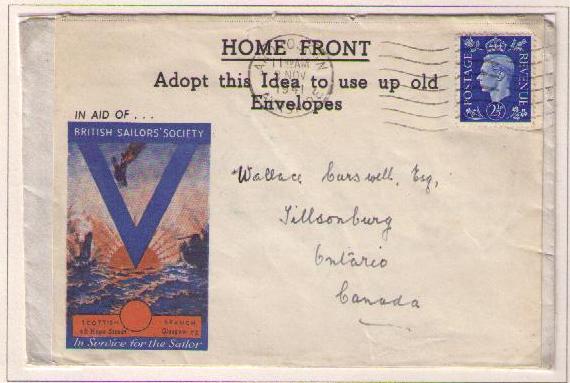 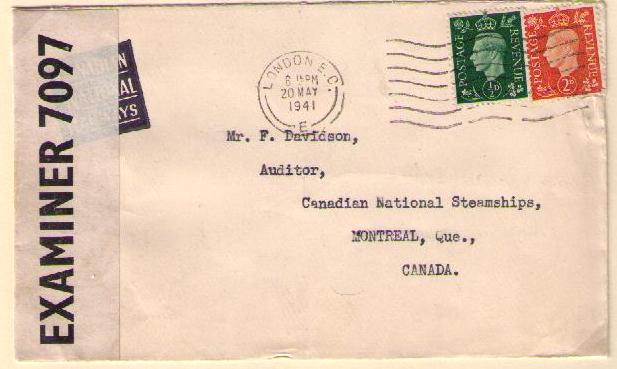 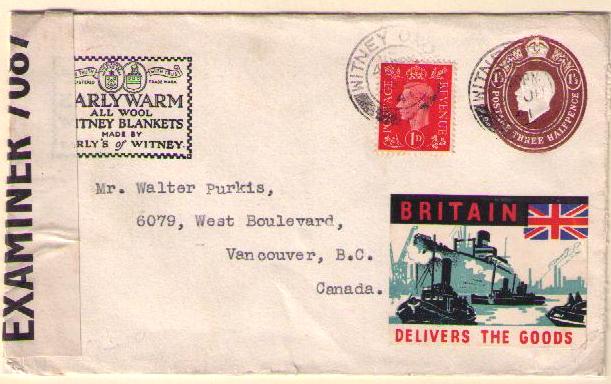 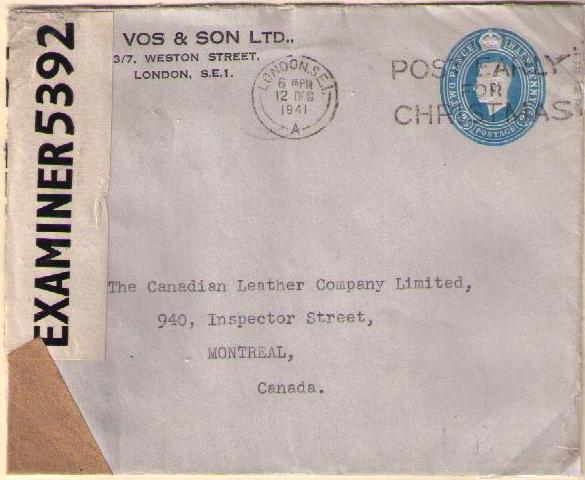 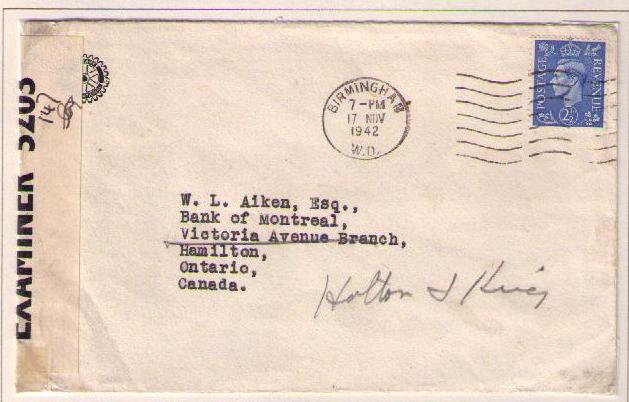 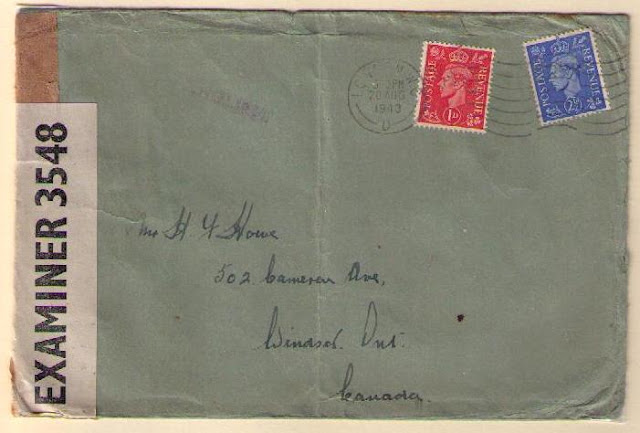 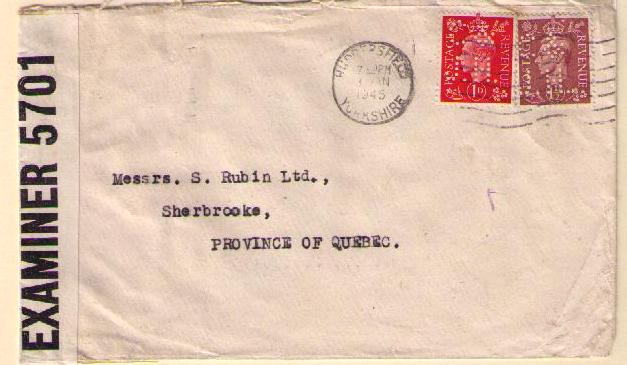 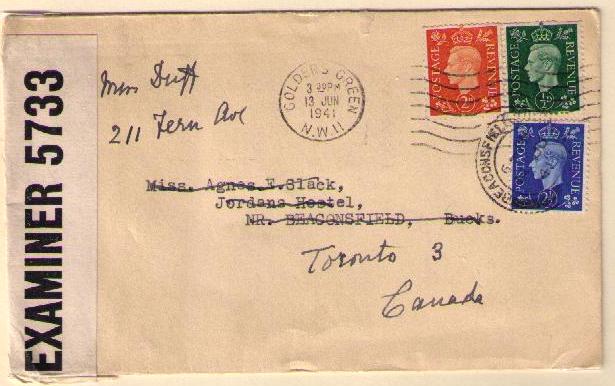 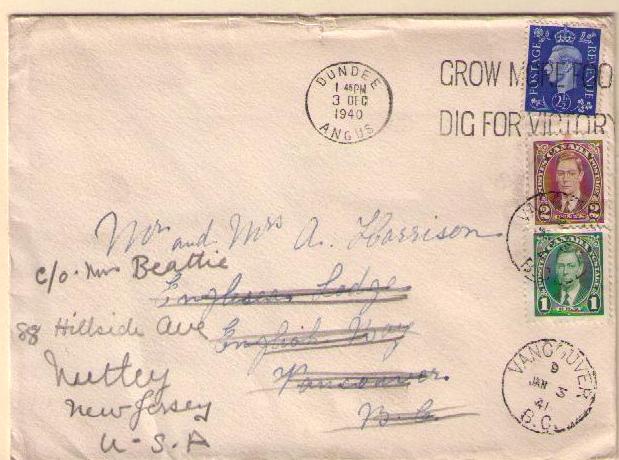 The prepaid post card rate to Canada was 1d. 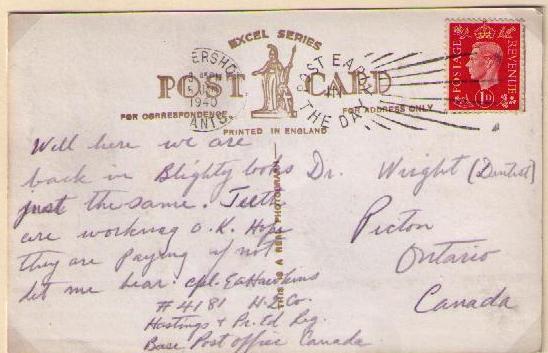 A post card from a Canadian serviceman in the Hastings & Prince Edward Regiment to his dentist. According to the writer, "teeth working O.K."

The prepaid post card rate to Canada was increased to 2d. 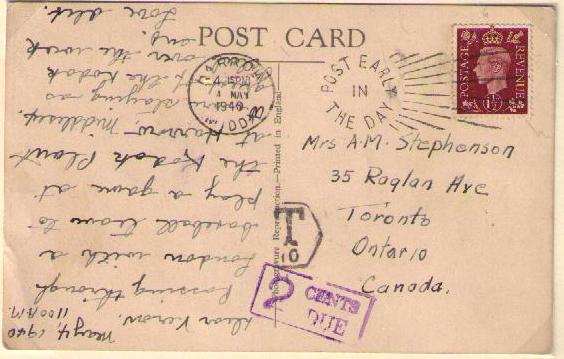 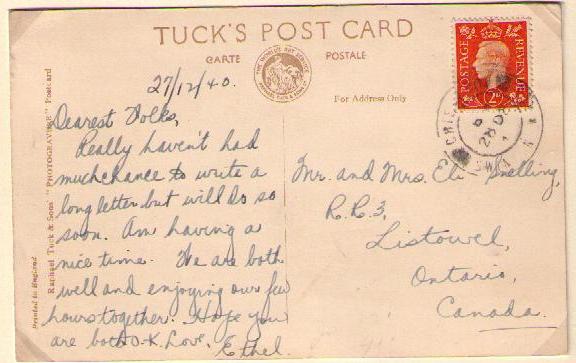 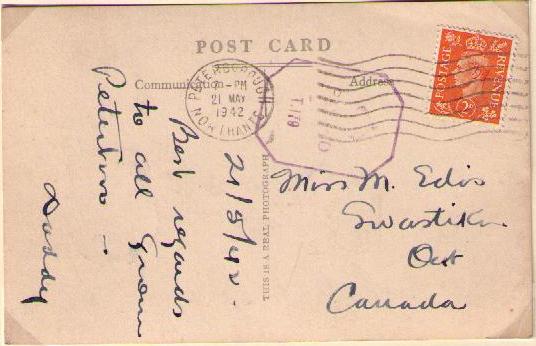 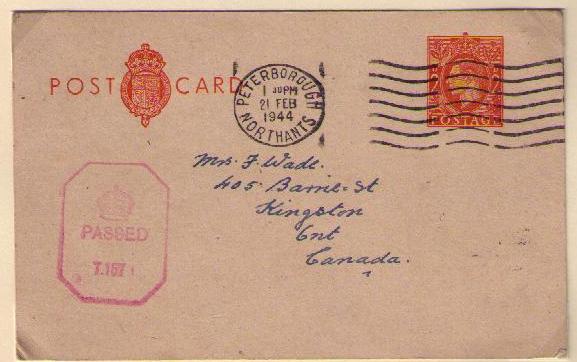 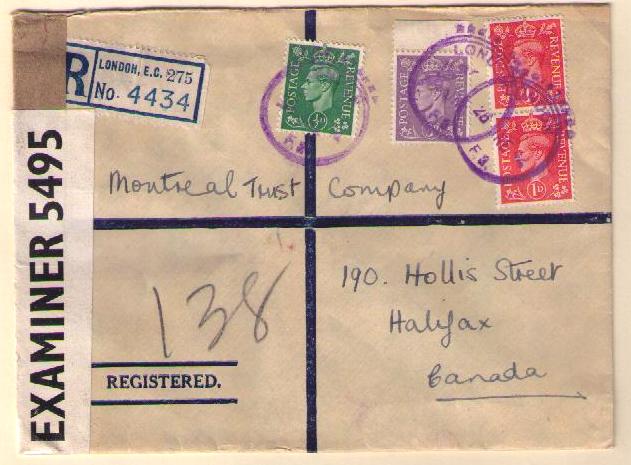 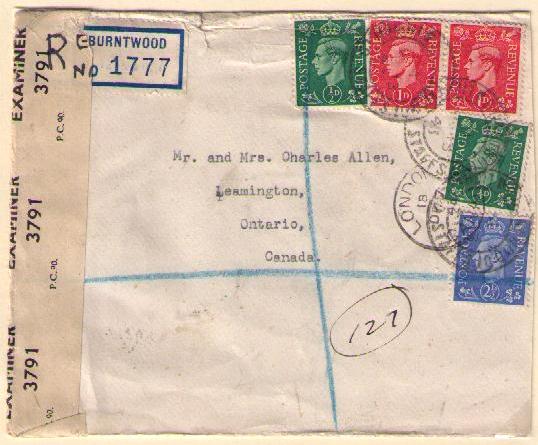 Express delivery service to Canada was not available. 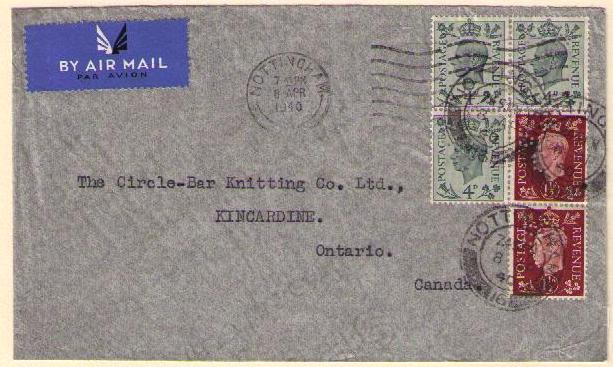 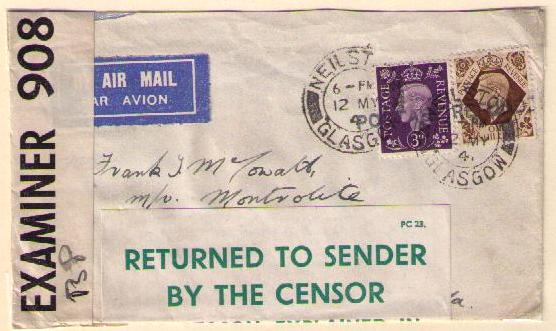 Returned By Censor
"POSTAGE REFUNDED" handstamp applied across the stamps

On February 4, 1942, the M/V Montrolite was torpedoed by U109, northeast of Bermuda. Montrolite had been travelling alone from Venezuela and was carrying a cargo of crude oil. There were twenty survivors and twenty-eight killed. A freighter rescued the survivors and landed them at Halifax on February 20, 1942. 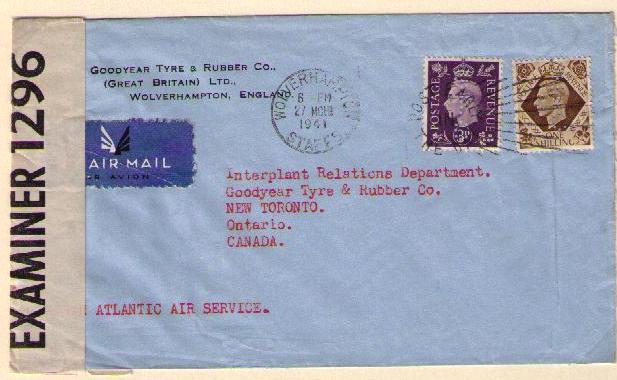 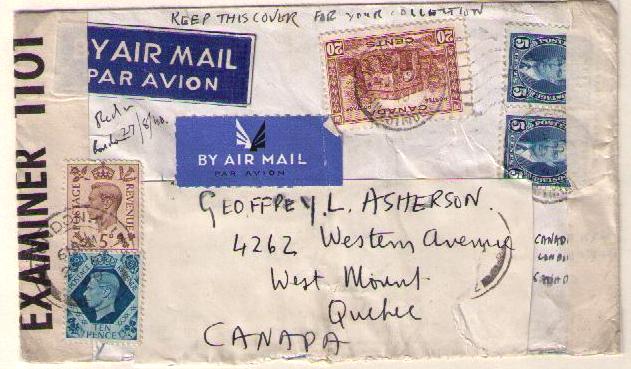 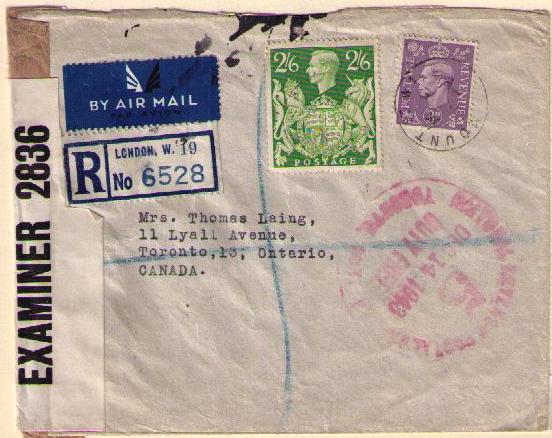 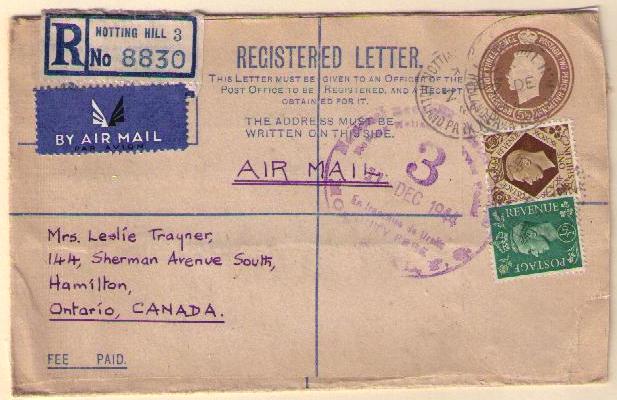 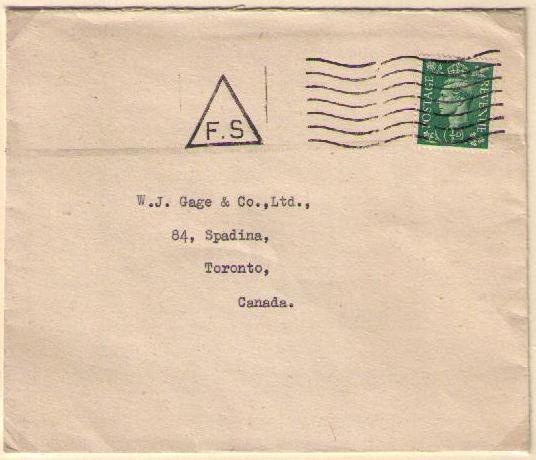 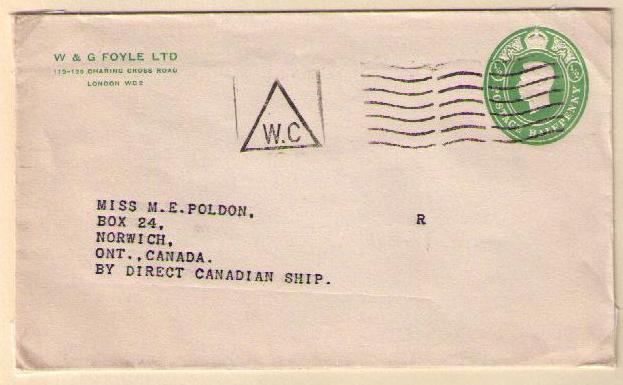 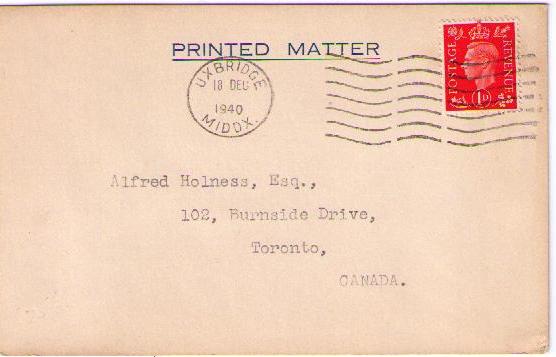 The inland printed papers rate was increased to 1d. for each two ounces on May 1, 1940. The foreign rates, however, remained at 1/2d. 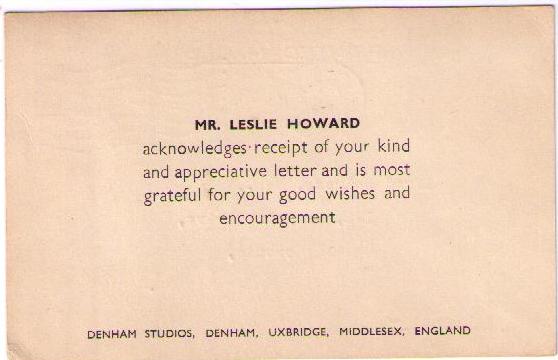 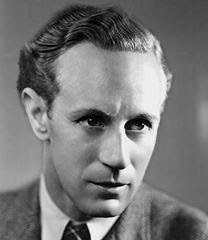 Leslie Howard
Posted by philcovex at 5:21 AM