After the war, high-profile German officers were transferred to No. 11 Special German P.O.W. Camp at Island Farm Camp in Bridgend South Wales. Prisoners were detained at the camp while their war-time activities were being investigated or while awaiting trial. Some were to be witnesses at trials or were awaiting extradition.

There were 160 officers holding the rank of general, admiral, or field marshal, including a number of Hitler's closest advisers:
Island Farm Camp closed in 1948, when the last prisoners were returned to Germany.

The W.H. Smith & Son London wrappers below were addressed to the Commandant of No. 11 Special German P.O.W. Camp: 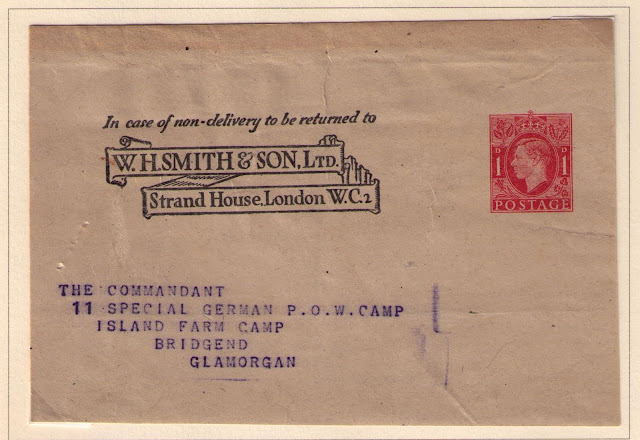 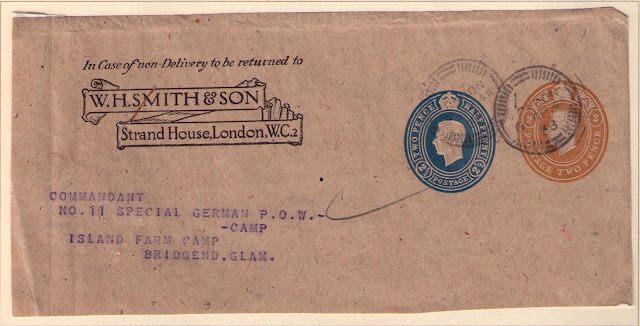