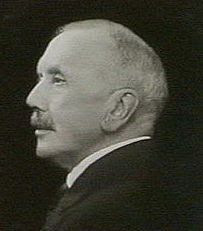 Sir Ernest Clark(1864 –1951) was a British civil servant who was Governor of Tasmania from 1933 to 1945. ( A detailed biography of Sir Ernest Clark has been posted at the online Australian Dictionary of Biography.)

Clark was enormously popular in Tasmania, especially because of his untiring visits to all parts of the state, encouraging morale during the war. Clark returned to England in 1945, and died there on August 26 1951. His remains were shipped to Tasmania for interment at Cornelian Bay Cemetery.

The cover below was mailed to Sir Ernest Clark, Government House, Tasmania from Carmarthen on November 5, 1941. The 1s. 3d. rate provided transmission by sea from Great Britain to South Africa, then by air to Australia. According to the docket written and signed in red ink by Ernest Clark, the letter was postmarked November 5, 1941 and received at Hobart on May 30, 1942. 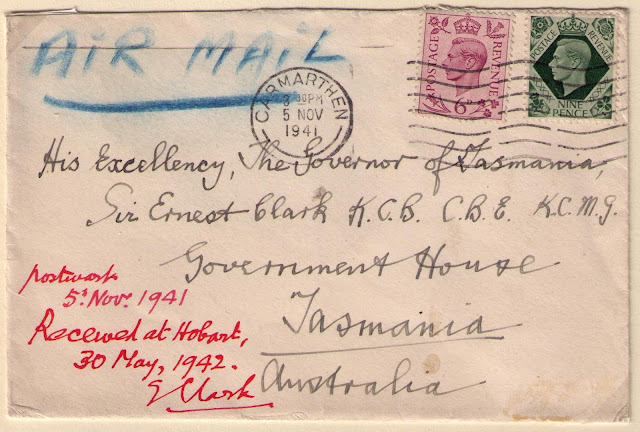 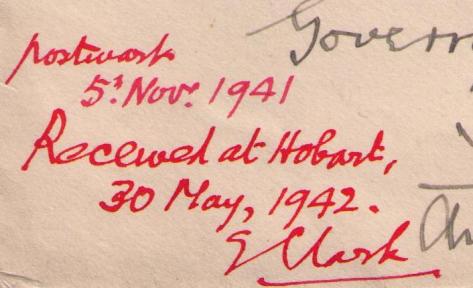 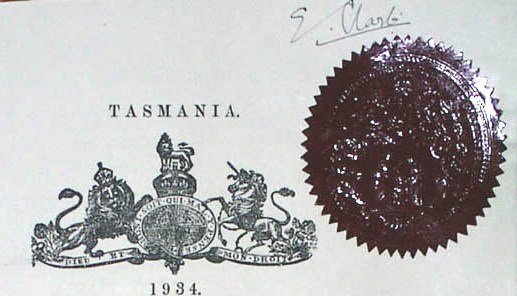 Constitution Act 1934 signed by Sir Ernest Clark
Posted by philcovex at 9:07 AM