In 1940, British troops stationed in Palestine were on a peace-time footing and used the Palestinian civil post office for their mailings. In April 1940, the Sarafand Army Post Office began its operation.

Air mail from Palestine to Britain was flown to South Africa via BOAC then sent by sea to Great Britain. The cost of this service was 1s. 3d. 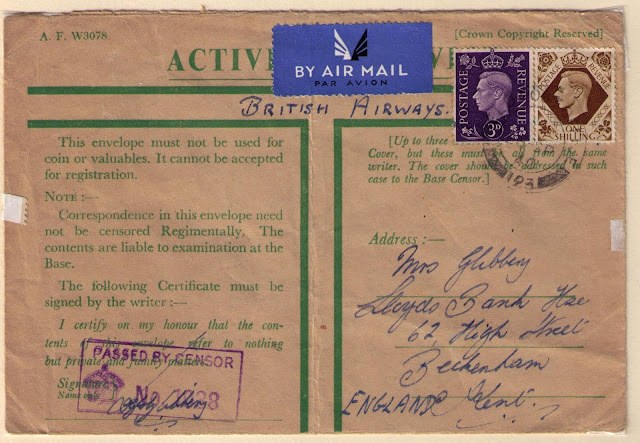 
2. Via Singapore (Transpacific and Transatlantic conveyance)

In July 1940, a new air service was established wherein mail from Palestine was flown to Singapore then by transpacific air via PANAM to San Francisco, and from there to Great Britain by the best available means. The cost of this service was 3 s. The service was unsuccessful because the rate was high and the transit time was similar to that of the African route. 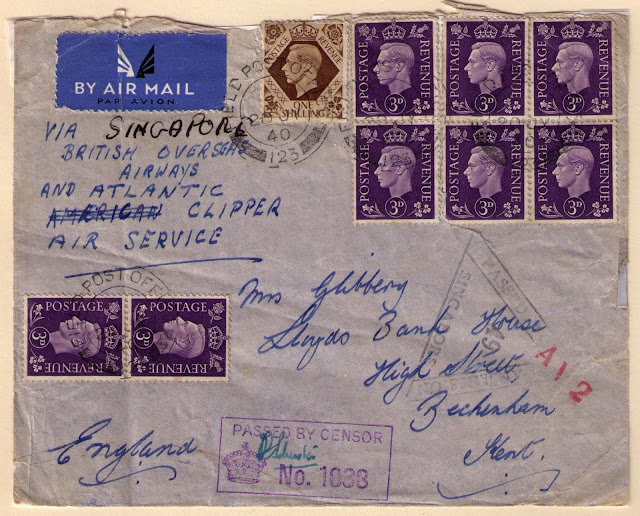 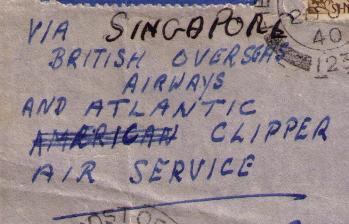 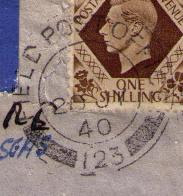 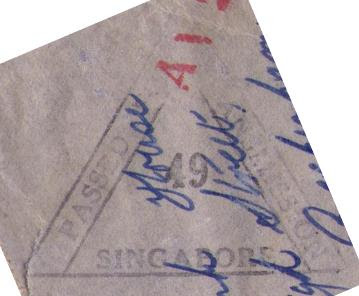 Singapore Exchange Office AV 2 handstamp
Posted by philcovex at 11:50 AM