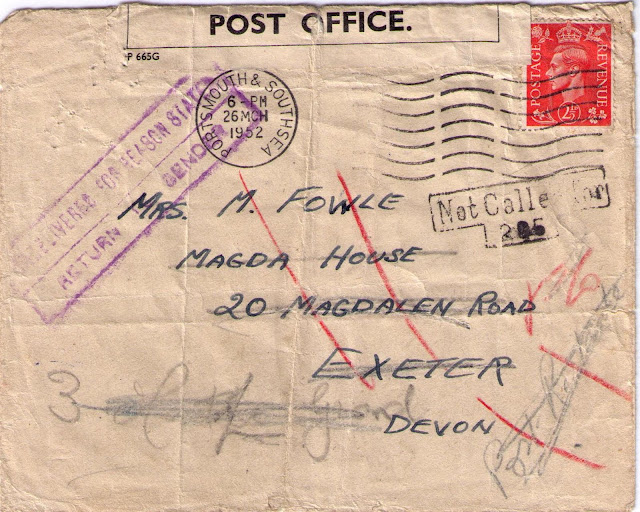 Mr. Crosbie, who lived in Southsea, mailed a letter to Mrs. Fowle in Exeter,  Devon. The letter, shown above, postmarked Portsmouth & Southsea March 26, 1952, was not received by Mrs. Fowle. On April 12, 1952, Mr. Crosbie wrote a letter of complaint to the Portsmouth Post Office, wanting to know what had happened to his letter.

The Post Office investigated and located the missing letter. The Portsmouth Post Office returned Mr. Crosbie's letter and provided an account of its travels in a cover letter dated April 22, 1952: 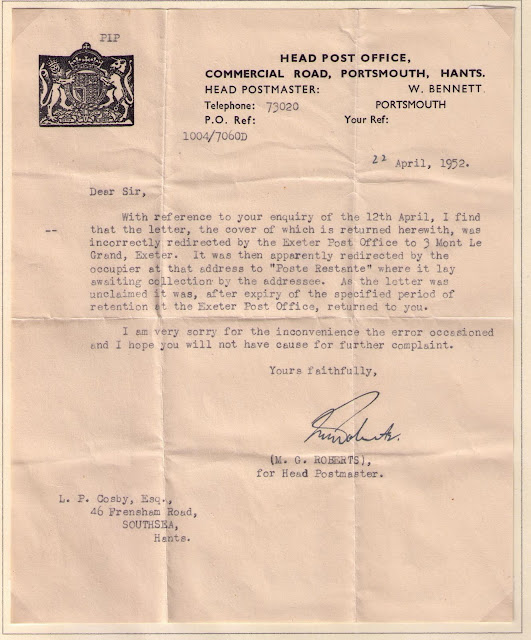 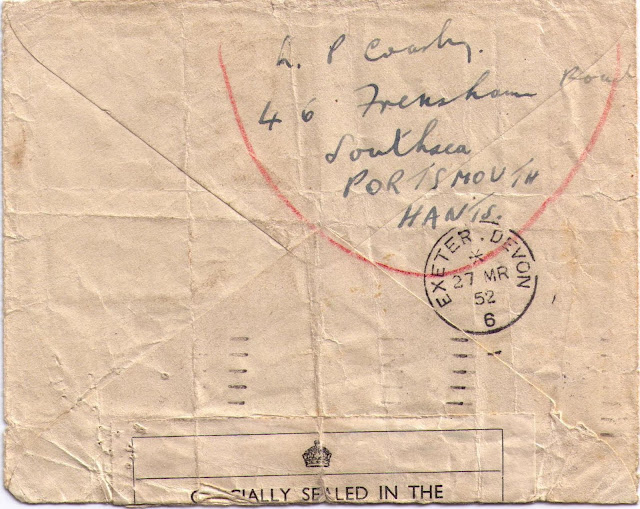