On Sunday, December 23, 1951, a fire in the baggage car attached to the Toronto, London & Windsor C.N.R. train caused extensive damage to the mail. The letter shown below was salvaged from the fire.

The surface letter was mailed from Battersea to Sarnia, Ontario, December 3, 1951.

The damaged letter was enclosed in  a Canada Post Office ambulance envelope, along with a note explaining the cause of the damage.

The ambulance letter from the District Post Office Inspector, London (Ontario) to the addressee of the damaged letter was postmarked January 3, 1951 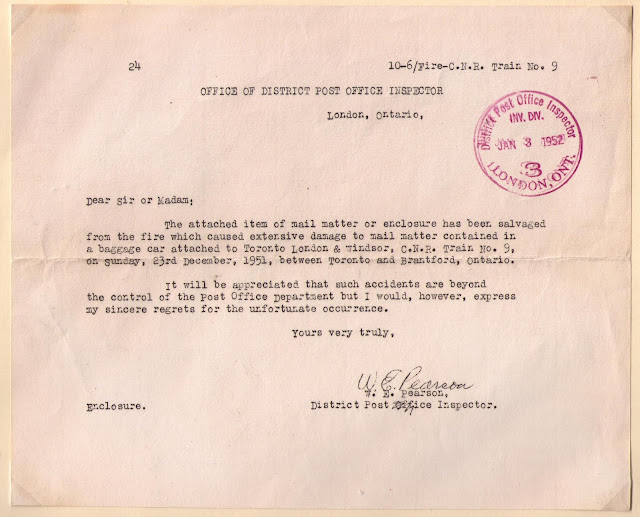 Explanatory note from the District Post Office Inspector
Posted by philcovex at 9:31 AM