This post does not include mail to Europe, Canada, and the United States

The Imperial post surface letter rate was 1 1/2d. for the first ounce and 1d. for each additional ounce. The Empire Air Mail Scheme ceased on September 3, 1939. 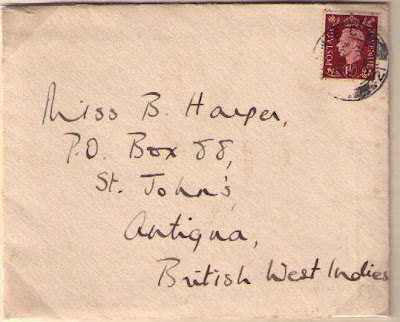 London to St Johns', Antigua, September 18, 1939
From the Private Secretary to Mrs. Chamberlain, wife of the Prime Minister 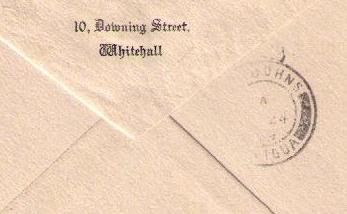 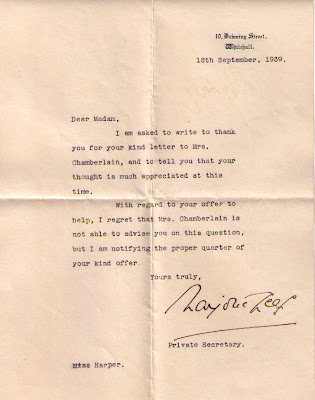 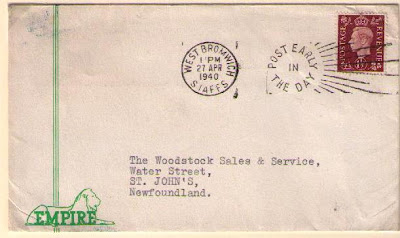 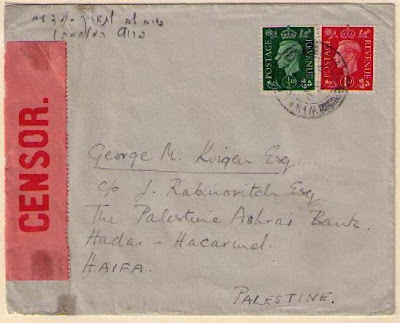 The Imperial surface letter rate was increased to 2 1/2d. for the first ounce and 1d. for each additional ounce. 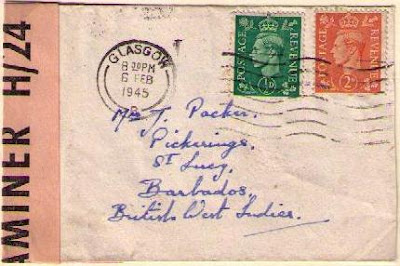 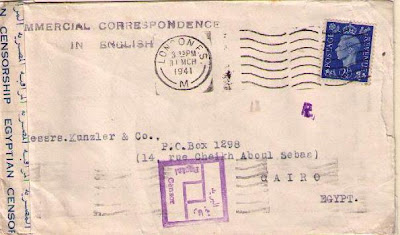 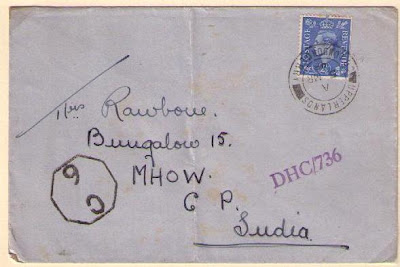 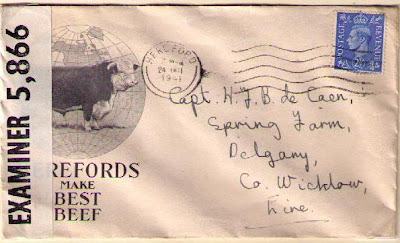 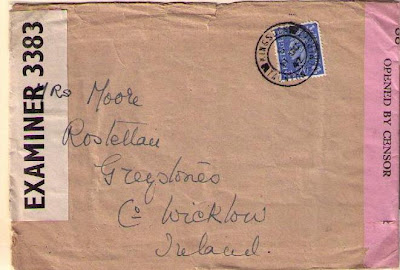 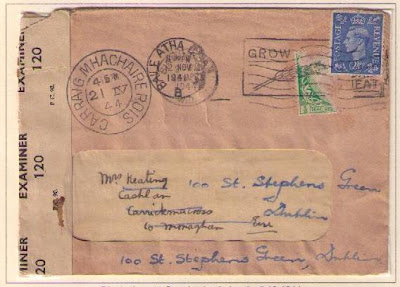 The cover had been originally been sent from Bail Atha Cliath (Dublin) November 12, 1941.
The Irish stamp was torn off (remnant still attached) and the envelope was re-used almost three years later. 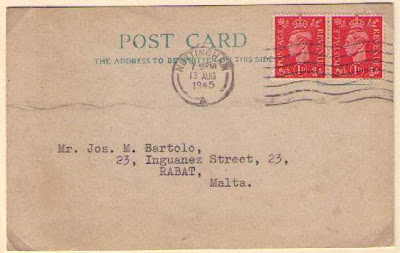 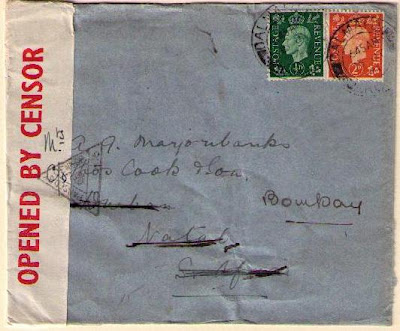 Since the tiny volcanic island of Niauaf'ou lacked a beach and a harbour, mail was originally transferred from passing ships via tin cans to swimmers who brought the mail ashore. In the 1930s, a swimmer was killed by a shark and the mail was then collected by outrigger canoe. Walter Quesnell of Tonga arranged to provide "Tin Can Mail" covers to passing ships and philatelists world-wide. It is reported that over one-half million letters were mailed during Quesnell's 27 years on Niuafo'ou. A volcanic eruption brought Quesnell's enterprise to an end in 1947. 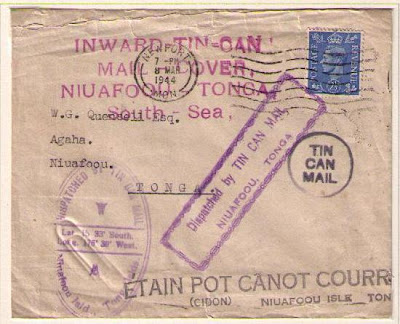 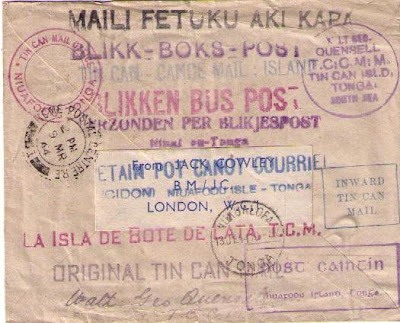 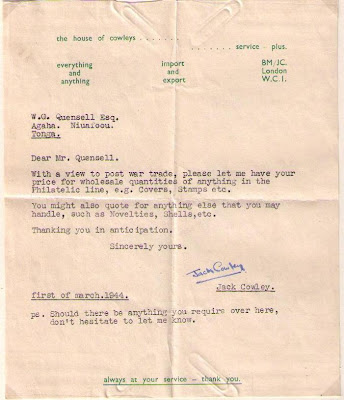 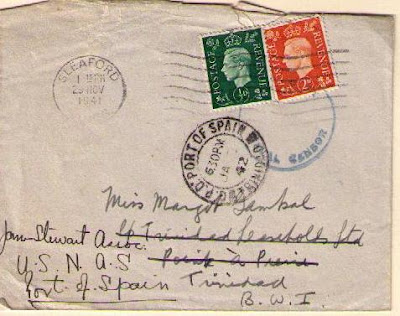