The prepaid rate of postage for letters to the United States was 1 1/2d. for the first ounce and 1d. for each additional ounce (Imperial Rate). 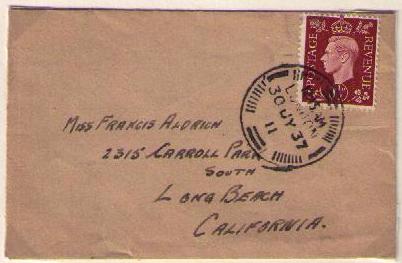 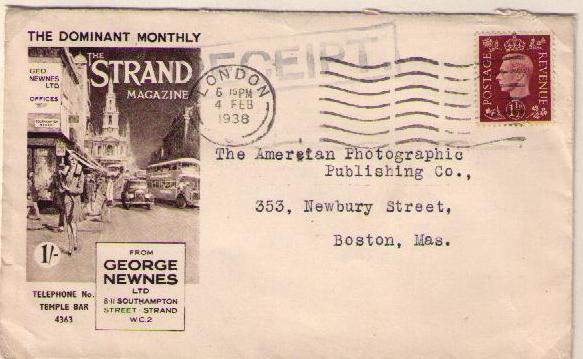 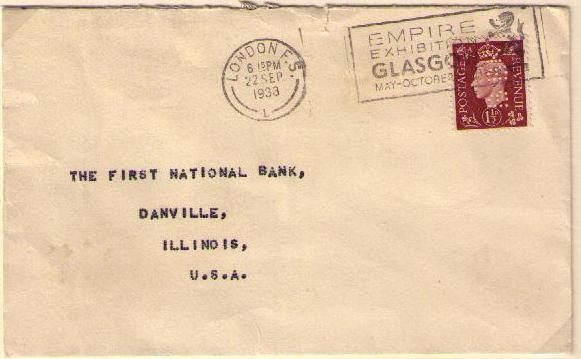 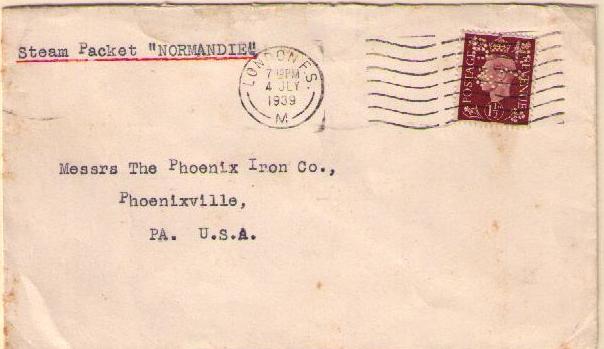 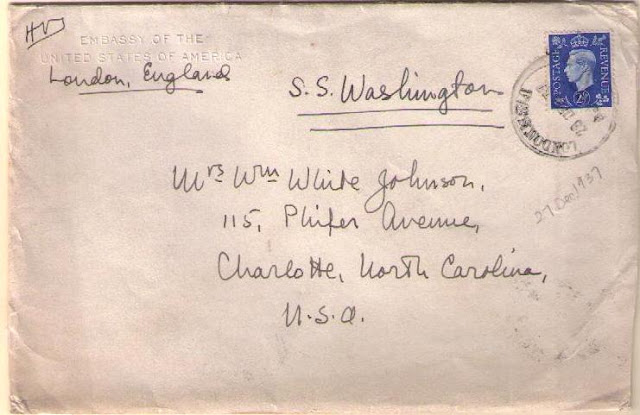 The prepaid rate to the United States was 1d. 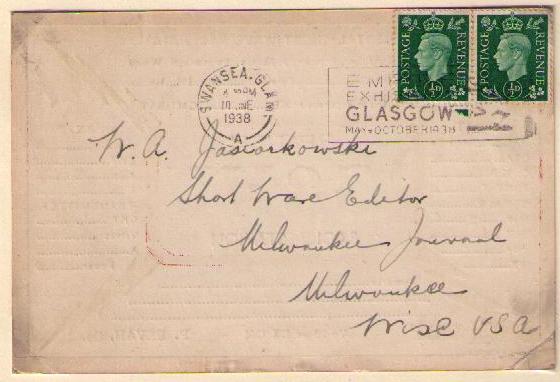 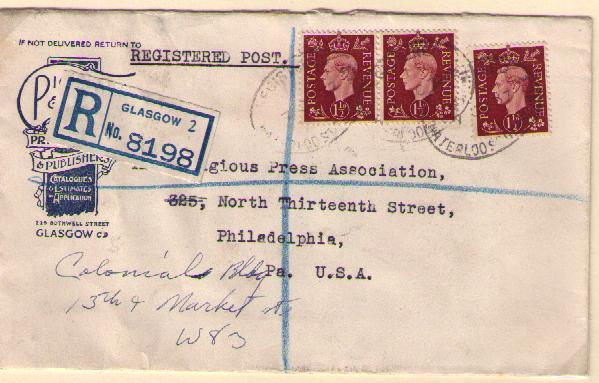 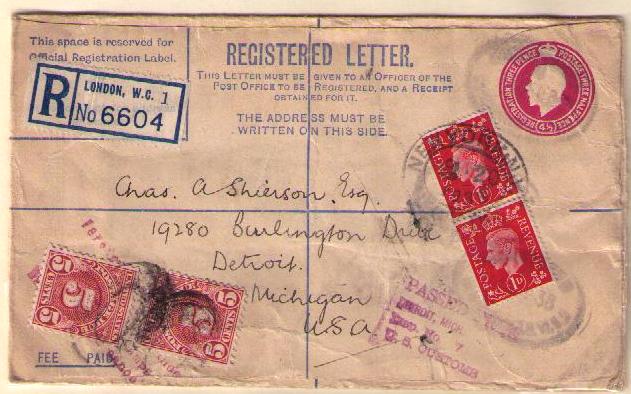 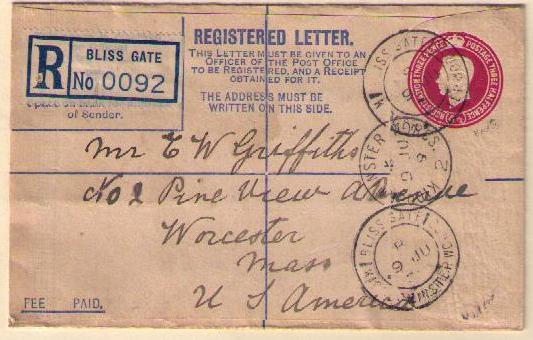 The sender of a registered postal packet could obtain an advice of its delivery on application at the office of posting, either at the time of posting, or subsequently. A fee of 3d. was to be paid by stamps affixed by the the sender to a form provided for that purpose. 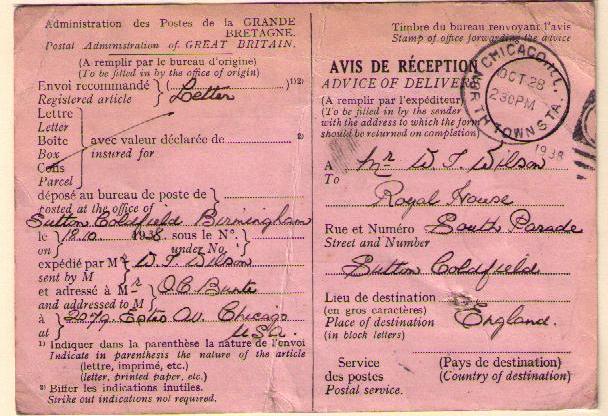 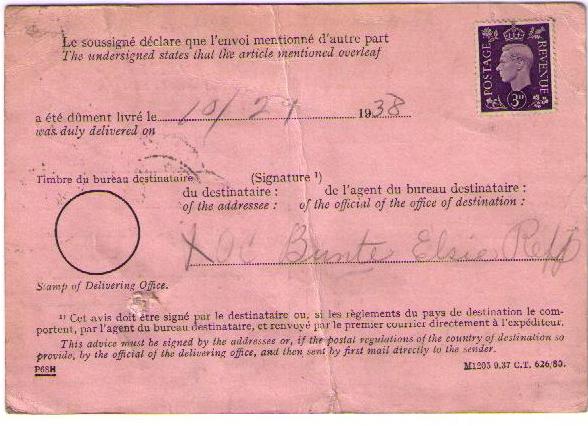 The express delivery fee to the U.S. was 6d. 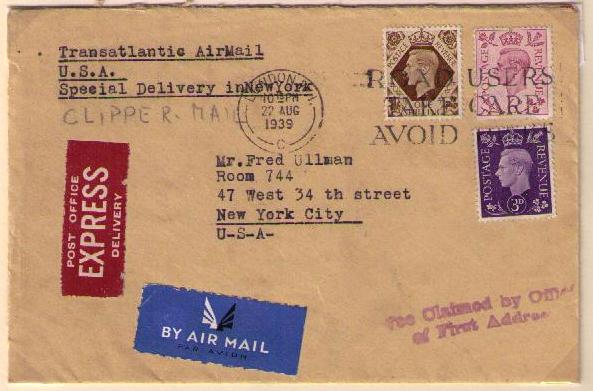 a) By Sea then by Air

The letter rate to the United States by sea then by air was 5d. for each one-half ounce. The post card rate was 3 d. 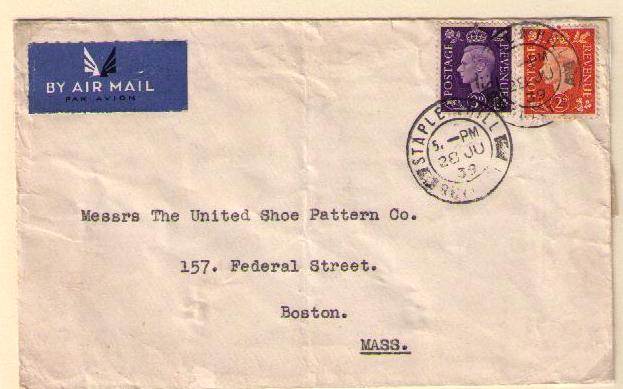 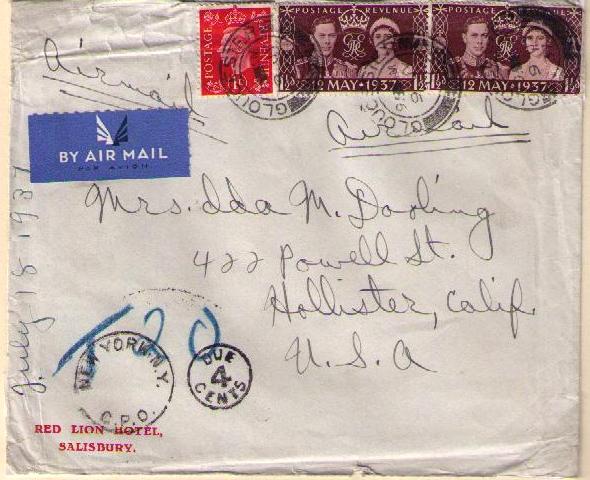 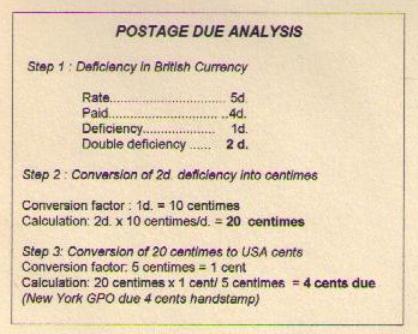 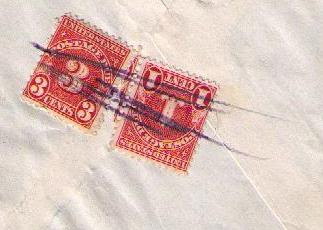 U.S. dues affixed to back of envelope

The letter rate to Hawaii by sea to New York then by air was 1/3d. for each one-half ounce. 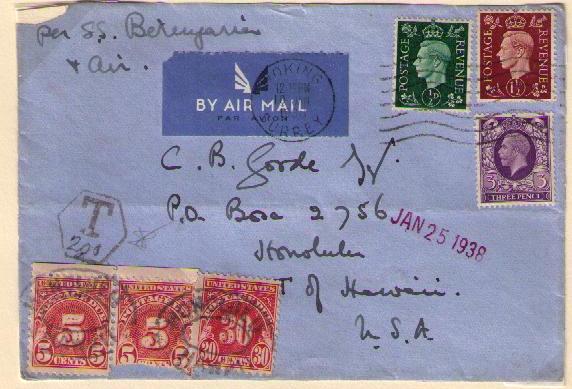 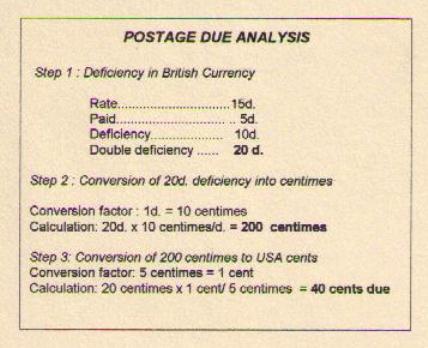 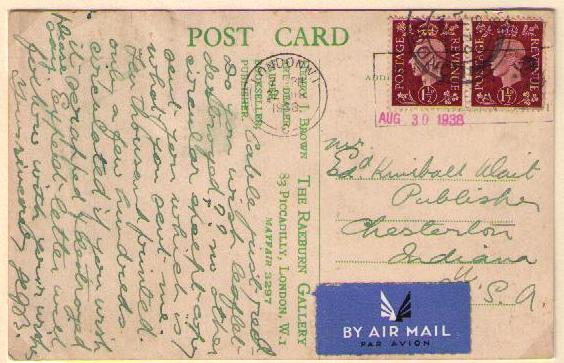 The first transatlantic airmail service was provided by Pan-American airways on June 30, 1939. The air mail rate to the United States was 1/3d. for each 1/2 ounce. The air mail post card rate was 7d. 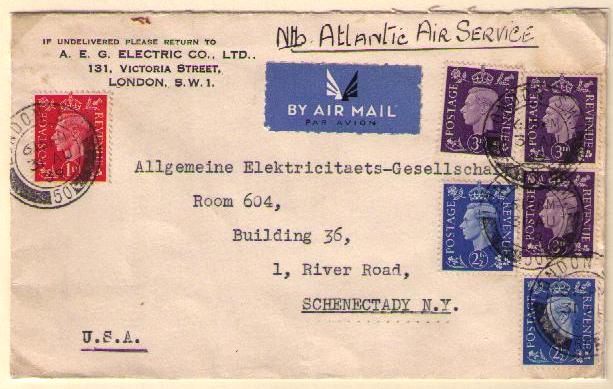 A fee of 1/2d. was charged for despatch of a letter by the night mails or on mail trains where sorting carriages were attached. 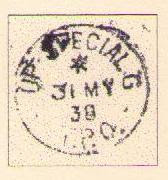 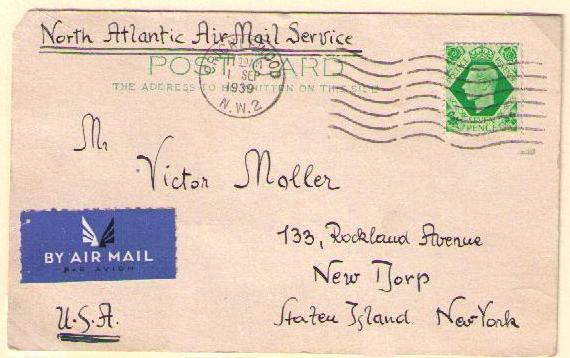 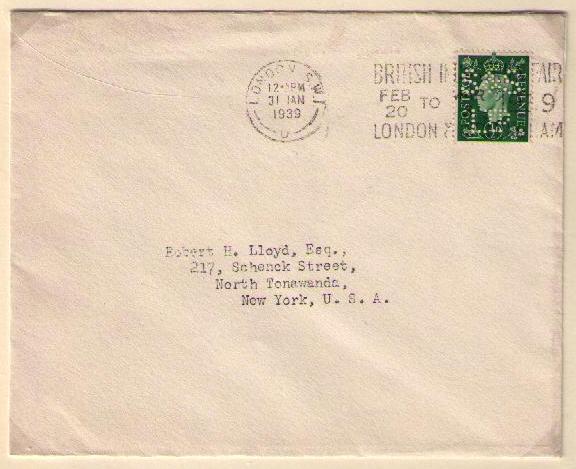 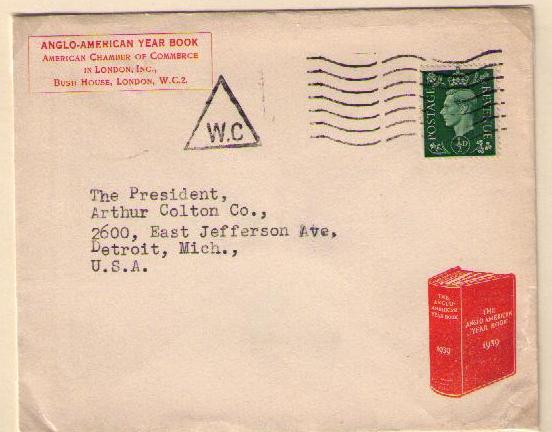