The British Post Office simplified its International Air Mail rates on January 17, 1947 by creating a Zone system (in addition to European destinations). Canada was assigned to Zone B. 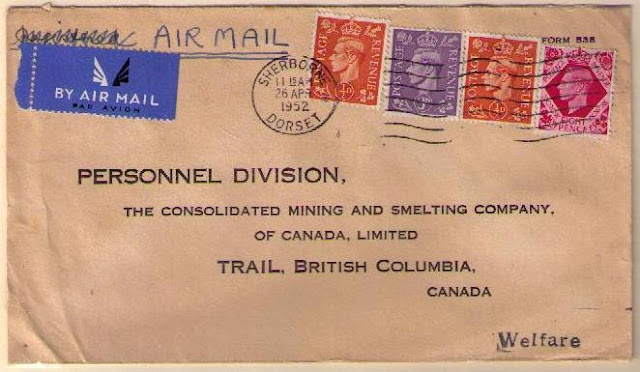 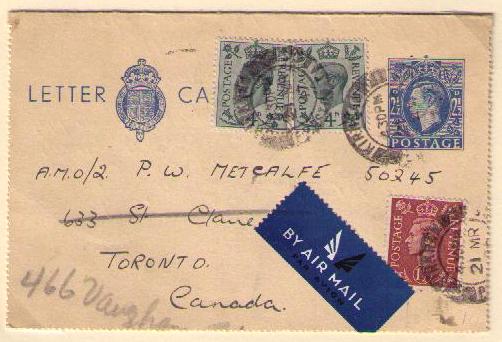 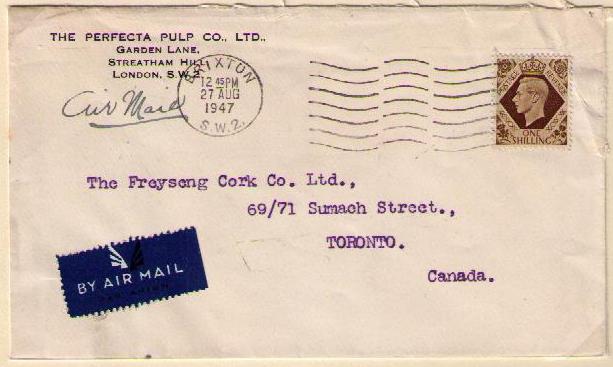 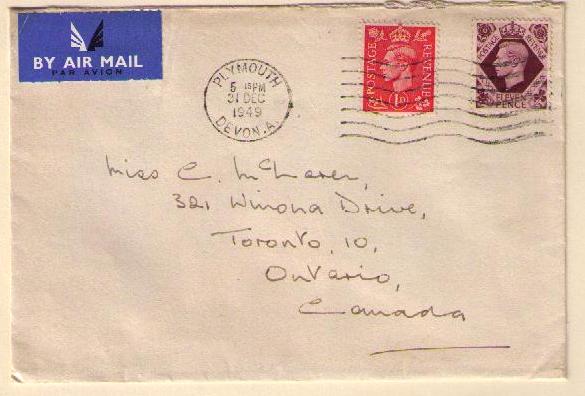 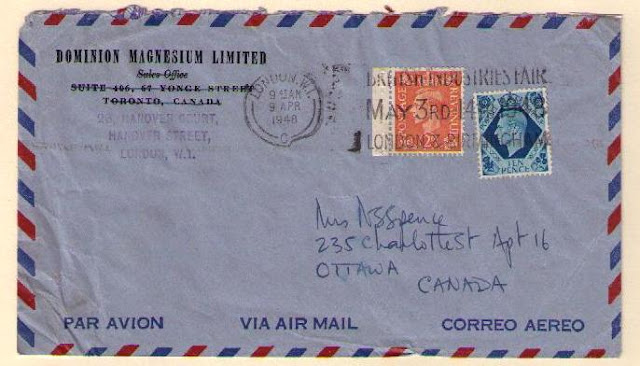 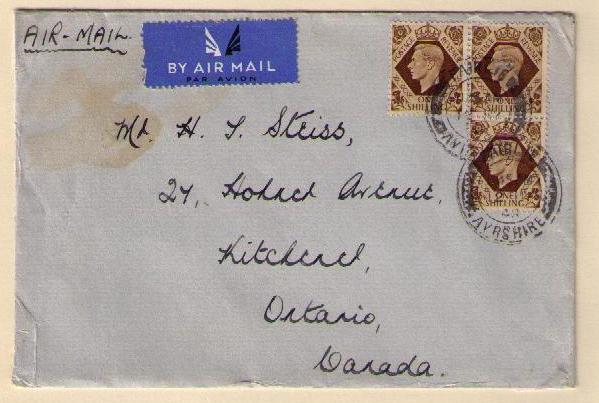 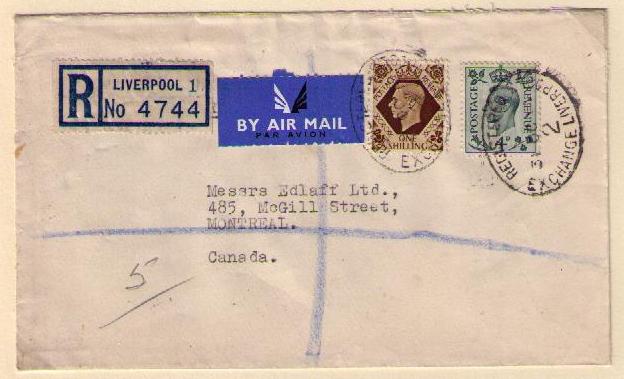 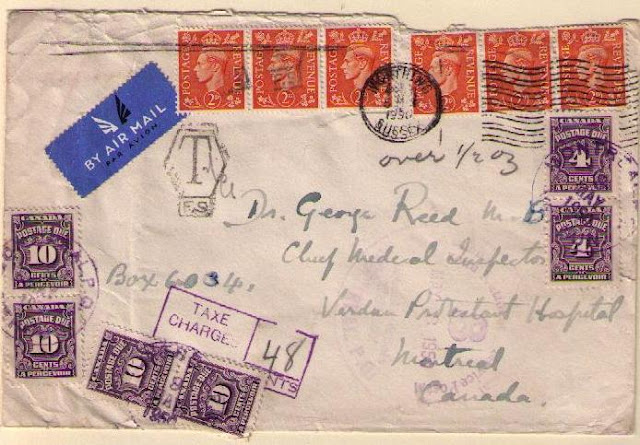 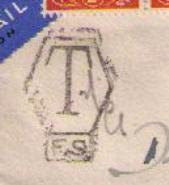 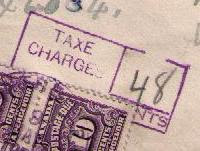 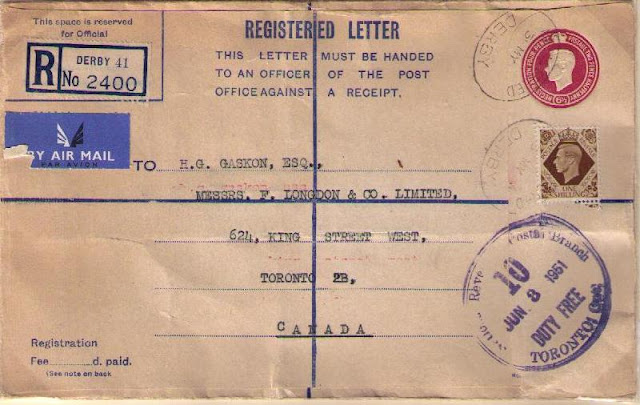 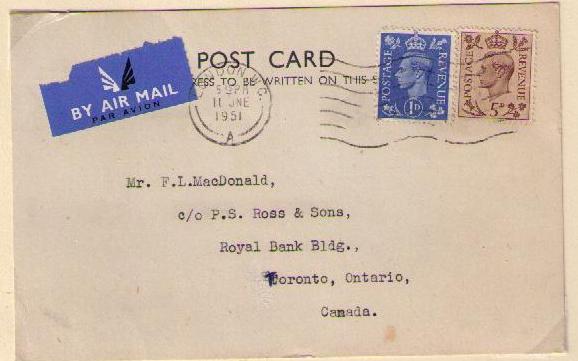 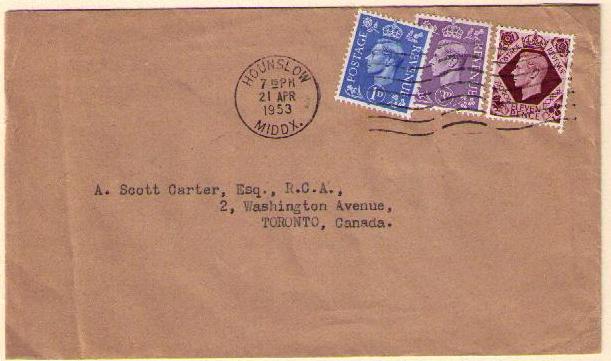 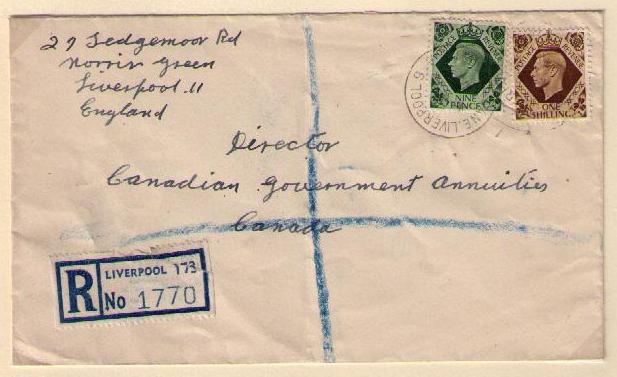 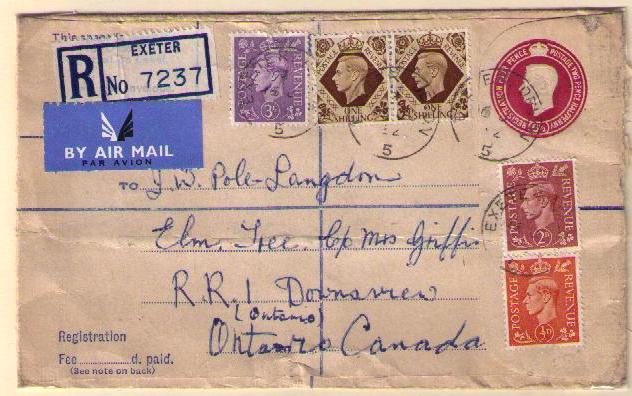 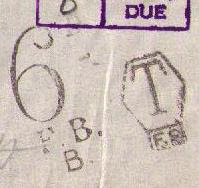 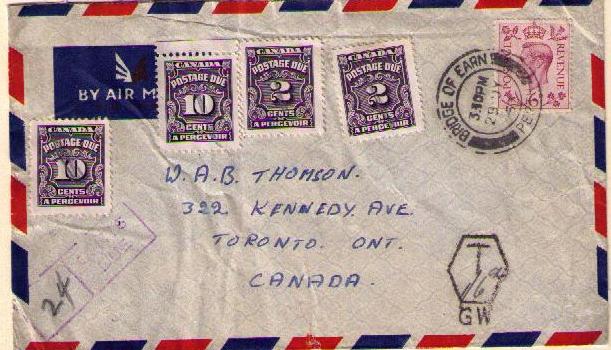 British instructional marking on the back of the envelope: 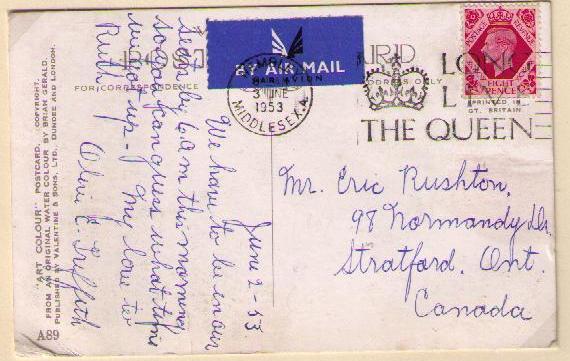